Latest from the Team

It’s time to go on an adventure. Where should we go? How about Boston! What, you say? PAX will be there too? Even better!

That’s right: We will be at PAX East this year, April 22nd – 24th at the Boston Convention and Exhibition Center, showing off Hob for those of you who haven’t seen it yet. So make sure to stop by booth #7248 to try it out.

Our Sprite statue will be making an encore appearance, so you too can be just like Adam and take a commemorative photo with a couple of these playful, friendly creatures from our world.

We will be running raffle signups at our booth, so come by, play the game and enter for a chance to win a PS4! We’ll select one winner from each day and mail out prizes after the show.

PS – For you collectors out there, we have another Pinny Arcade pin made just for PAX East! It will be available for purchase at the booth. Hooray!

Torchlight II is available now for Origin Access members, thanks to a recent partnership with EA to bring our favorite RPG to more players worldwide.

Torchlight II joins fifteen other games in the Vault. Members subscribe to the all-you-can-play model for $4.99 a month for access. Torchlight II is available to play on PC-only through Origin Access. Find out more by reading their FAQ.

Are you thinking about subscribing, or are you already a member? Tell us about your experience in our forums!

The end of 2015 brings big announcements! In December, we were in San Francisco for PlayStation Experience where we announced that Hob will be console exclusive to PlayStation, alongside its PC release. PSX was an absolute blast. We had a great time showing the game to new fans, and we unveiled a new trailer for the keynote. 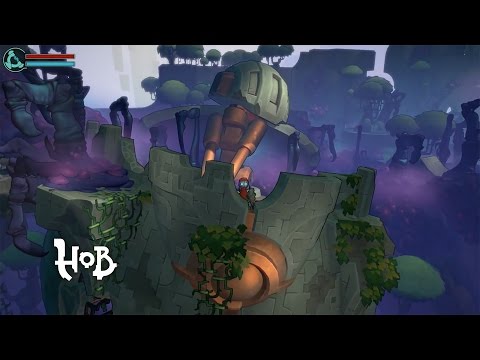 It was our first time being at PSX. This meant we got to talk to a lot of people who had never heard of Hob or Runic Games, which is perfect because that's exactly why we were there – to reach more of you! Everyone we met was enthusiastic and so nice. We can't wait to show you more Hob next year.

We were able to demo Hob for a few members of the press. WorthPlaying wrote, "Hob looks and plays like one of those magical games that everyone ends up talking about."

Special thanks to our friends at Alienware for providing hardware for the show!

We also gave away hundreds of our new Hob T-shirts that we also had at PAX Prime. These are available now in our merch store – so you can grab one for yourself. We're also stocking the store with our adorable Sprite pin, an official Pinny Arcade collector's item.

Not only that, but all existing Torchlight-themed T-shirts on our merch store will be 15% off until the end of the year. Use this promo code: TORCHLIGHTSMASH

We wish you a fun-filled holiday – with plenty of time to play all your favorite games – and a very happy new year. All the best from us, we'll talk to you in the new year.